What’s happened to the Allies?

After the dolphins cleared out the Soviets’ giant squids, the Allies sent in the amphibious transports and sweet hell broke loose. Mirage and Prism Tanks rolled over the island, pounding away at sentry guns and blowing away Tesla coils like they were saplings. With the ground cleared on this unmapped island in the Florida Keys, the one hope for an Allied victory was built: Einstein’s highly experimental Chronosphere. While it was under construction, Allied forces still had to beat back persistent Soviet forces intent on stopping the Chronosphere from coming online.

But it did. When the tech engineers finally fired it up, the destination was set for the heart of the Red Menace: the Kremlin in Moscow.

It went down in history as the world’s first full-scale invasion via time warp. Grizzlies and Prism Tanks thundered through the cold cobblestone. streets of Moscow while Rocketeers zipped across the sky, scouting ahead for the special forces team — including one very angry Tanya — to go in and capture Premier Romanov.

As expected, he was cowering in the Kremlin beneath his desk. Romanov was taken to England, where the contrite premier signed a peace treaty that effectively dismantled the Soviet war machine. But where was Yuri?

The elusive psychic mastermind had slipped through the fingers of U.S. forces.

Now Allied generals have received intel that Yuri didn’t exactly retire. In fact, while the U.S. was tangling with Romanov, Yuri had abdicated to forge his own schemes for world domination. Looks like he wasn’t happy playing second in command to the obnoxious Romanov.

It looks like Yuri is finally getting his way. Intel reports tell of mysterious structures popping up worldwide from the California coast to the sands of Egypt. Civilians, apparently under the influence of Yuri’s mind-control, have willingly joined his standing army.

Fortunately, the Allies have a few technological tricks up their sleeves as well. President Dugan has enacted “Operation Time Lapse,” a plan to beat back Yuri’s forces with radical new technology, seasoned soldiers, and a battle-hardened general like you.

What’s happened to the Mighty Reds?

A strong mind and a strong will — is it any wonder that Yuri wanted so much? But his ambition was his undoing — turning against Romanov and breaking off with the armies of Mother Russia to plot his own path to supremacy. The insolence. The selfishness. The stupidity! But it worked.

While the Allies grappled with Soviet forces in the heartland of Russia, storming the Kremlin to capture Premier Romanov, Yuri was hard at work. He and his team of crazed scientists developed terrifying new branches of mind control technology and genetic manipulation. Rumors abound: disembodied, psychic-enhanced brains piloting tanks, robot drones specializing in mind-melting biological warfare, and humans mutated to monstrous proportions.

Now Premier Romanov’s office is receiving reports that Yuri is once again on the rampage, building mysterious structures from the coast of California to Egypt. The Allies have reportedly begun a campaign to travel back in time to pre-empt Yuri’s plans.

If the premier’s operatives could somehow get their hands on the Allied Chrono technology, perhaps they could short-circuit Yuri’s plans and help Premier Romanov make one more bid for world domination….

Romanov must act fast. As long as Yuri is at large, he is a threat to Romanov’s plans. Not plans for a lasting peace with the Allies. The treaty means nothing. Yuri must be destroyed. Then the Allies will be the ones signing a treaty — a treaty of surrender.

What’s up with Yuri?

While the war waged between the Allies and Soviets — from the sunny Florida Keys to a frozen Moscow — Yuri was quietly scheming, planning, testing, and devising. History went on without him – Russian Premier Romanov signed a historic peace treaty with the Allies and the free world remained free. Now it’s Yuri’s turn to make history, and wreak vengeance on his foes.

In hidden bases and underground labs, Yuri has been perfecting his own means for his turn at world domination. Refining his mind-control technologies, he’s created an army of terrors, from mind-controlling tanks to long-range psychics, whose brains are their biggest weapons. After all, a mind is a terrible thing to waste. It’s time for Yuri’s Revenge! 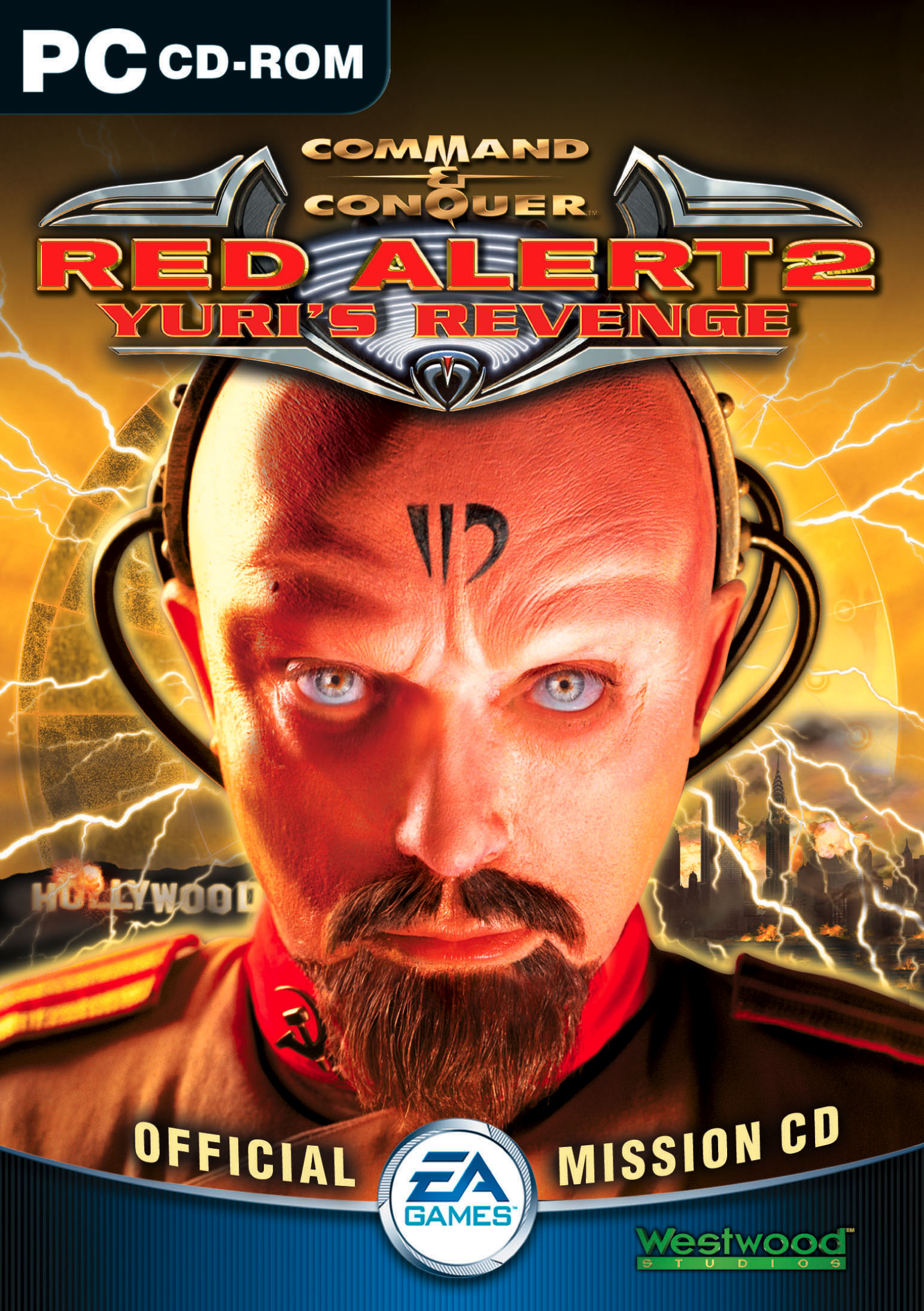