What is the Remastered Collection?

Command & Conquer: Remastered Collection is a remastered version of the 1995 real-time strategy computer game Command & Conquer, its 1996 sequel Red Alert, and their respective expansion packs, announced on 14 November 2018. The original games were developed by Westwood Studios, while the remaster was done by Petroglyph Games and Lemon Sky Studios under supervision from EA.

Combining all the content from the PC and console versions of the originals, this remaster was released as a single package containing two games, named C&C Remastered Collection on 5 June 2020 on Steam and Origin, including cross-play between the two platforms. It also includes mod support (including Steam Workshop integration), switching back-and-forth between remastered and original graphics in singleplayer, upscaled cutscenes, remastered soundtracks and included bonus tracks by Frank Klepacki and The Tiberian Sons, unlockable extras in the form of briefing B-rolls and outtakes, unreleased music tracks, behind-the-scenes photos and more. Much of the games’ source codes (including that of the map editor) have been made available to the fans both in the game directory and an official GitHub repository for the fans to tinker with and create mods and editor changes with greater freedom than before. 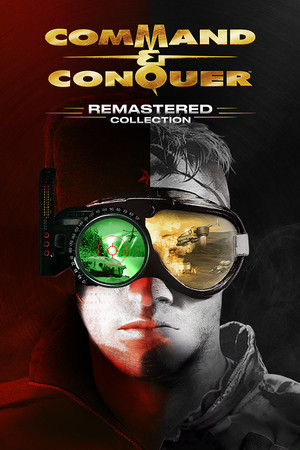