What is Sole Survivor?

Command & Conquer: Sole Survivor is a multiplayer spin-off of the original Command & Conquer game. It featured a death-match style game in which each player controls any unit of the original Command & Conquer game, including the dinosaurs, and travels around the game arena collecting crates to increase this unit’s fire-power, armour, speed, attack range and reloading speed. Sole Survivor was often compared to a third-person shooter, however played with a top-down perspective of the arena. It featured no singleplayer mode (short of a practice against bots) and the multiplayer had no hints of a storyline. It was omitted from inclusion in The First Decade and the The Ultimate Collection compilation packs.

The game thought ahead of its time, bringing a MOBA-like gameplay before the term was even coined. However, a multiplayer-only focus doomed it to a short life, as even basic Internet connections were a luxury at the time of its release that not every interested player was able to afford. 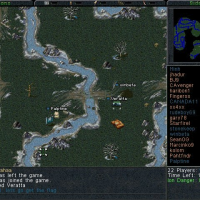 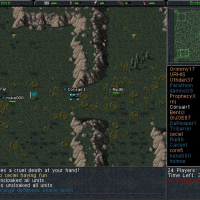