What is Commander’s Challenge?

Ever fight an army of psychic school girls? Or GIANT Soviet War Bears? What if exploding satellites starting raining down from orbit? Face these action packed scenarios and more in Commander’s Challenge, the latest in strategy gaming on console! Go head to head against ruthless AI commanders who will stop at nothing to crush your army. But it doesn’t stop there; can you beat the par times for each mission set forth by the developers themselves? Build your army by defeating your foes and collect new units to bolster your arsenal. Featuring trademark fast paced and explosive C&C gameplay, told in the ‘tongue in cheek’ tone of Red Alert, with a full cast of celebrity commanders including Ric Flair as Commander Hill! Available on Xbox 360 and PlayStation 3, as a digital arcade exclusive to the PlayStation Network and Xbox LIVE Marketplace!

*despite there being no online functionality for this game 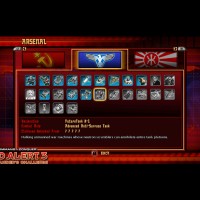 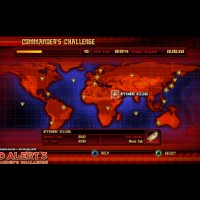