The United States of America has an army comprised of expensive, but high-tech units. Despite their price, they try to accelerate the rate at which they gain experience. Their arsenal covers all fields almost equally, while their air force is the strongest compared to that of their adversaries. USA vehicles are highly adaptable and can attach drones to increase their defensive capabilities.

Command Center
Cost: $2000 | Power: 0 | Prerequisites: none
The Command Center is the heart of any American base. It produces Construction Dozers required to build structures, and gives American players a radar display automatically, provided the base’s power isn’t low.

Reveals the fog of war over the selected area for 15 seconds and uncovers any stealthed units there.

Supply Center
Cost: $2000 | Power: -1 | Prerequisites: Cold Fusion Reactor
The Supply Center is a drop-off point for supplies, which generate income. Each American Supply Center comes with a free Chinook, and is able to construct more.

Barracks
Cost: $600 | Power: 0 | Prerequisites: none
American infantry are trained at the Barracks. The building also serves as a medical bay for healing wounded infantry units.

Arms Rangers with flashbang grenades, enabling them to toggle between them and machine gun firing modes.

Refits Humvees with TOW Missiles, which give them anti-air capabilities and higher firepower against vehicles.

Increases the attack damage of Raptors and Stealth Fighters by 25%

Strategy Center
Cost: $2500 | Power: -2 | Prerequisites: War Factory OR Airfield
The Strategy Center is the key element to accessing advanced American technologies and applying various battle plans (only one of which can be active at a time).

Increases the attack damage of all friendly ground units by 20% and activates an artillery cannon on top of the Strategy Center while this battle plan is active.

Increases the attack range of all friendly ground units by 20% and activates a stealth detector on top of the Strategy Center while this battle plan is active.

Increases the armour of all friendly ground units by 20% and reinforces the Strategy Center with sandbags while this battle plan is active.

Increases the armour of Scout and Battle Drones.

Increases the armour of Crusader Tanks by 40% and Paladin Tanks by 20%.

Doubles the rate at which American combatant units gain experience.

Detention Camp
Cost: $1000 | Power: 0 | Prerequisites: Strategy Center
The Detention Camp holds prisoners of war, and combining the information it gathers from them with satellite imagery, it can locate enemy units on the battlefield.

Temporarily reveals the locations of all enemy units on the battlefield.

Supply Drop Zone
Cost: $2500 | Power: -4 | Prerequisites: Strategy Center
Every 2 minutes, a C-130 Hercules drops $1500 worth of supplies in UN crates to the Supply Drop Zone. The countdown is not paused if the building suffers an EMP blast.

Patriot Missile System
Cost: $1000 | Power: -3 | Prerequisites: Cold Fusion Reactor
The Patriot Missile System is a base defensive structure that fires guided missiles that are effective against vehicles and aircraft. Multiple Patriot Missile launchers within range can be linked together to remove their delay for locking on after one has already aimed at the target. They deactivate when the base’s power is low.

Fires the Particle Cannon’s beam at the target location, which lasts 10 seconds. The beam can be controlled by the player when the Particle Cannon it comes from is selected (done by default when calling the support power) and deals considerable damage to structures, more so when moving. 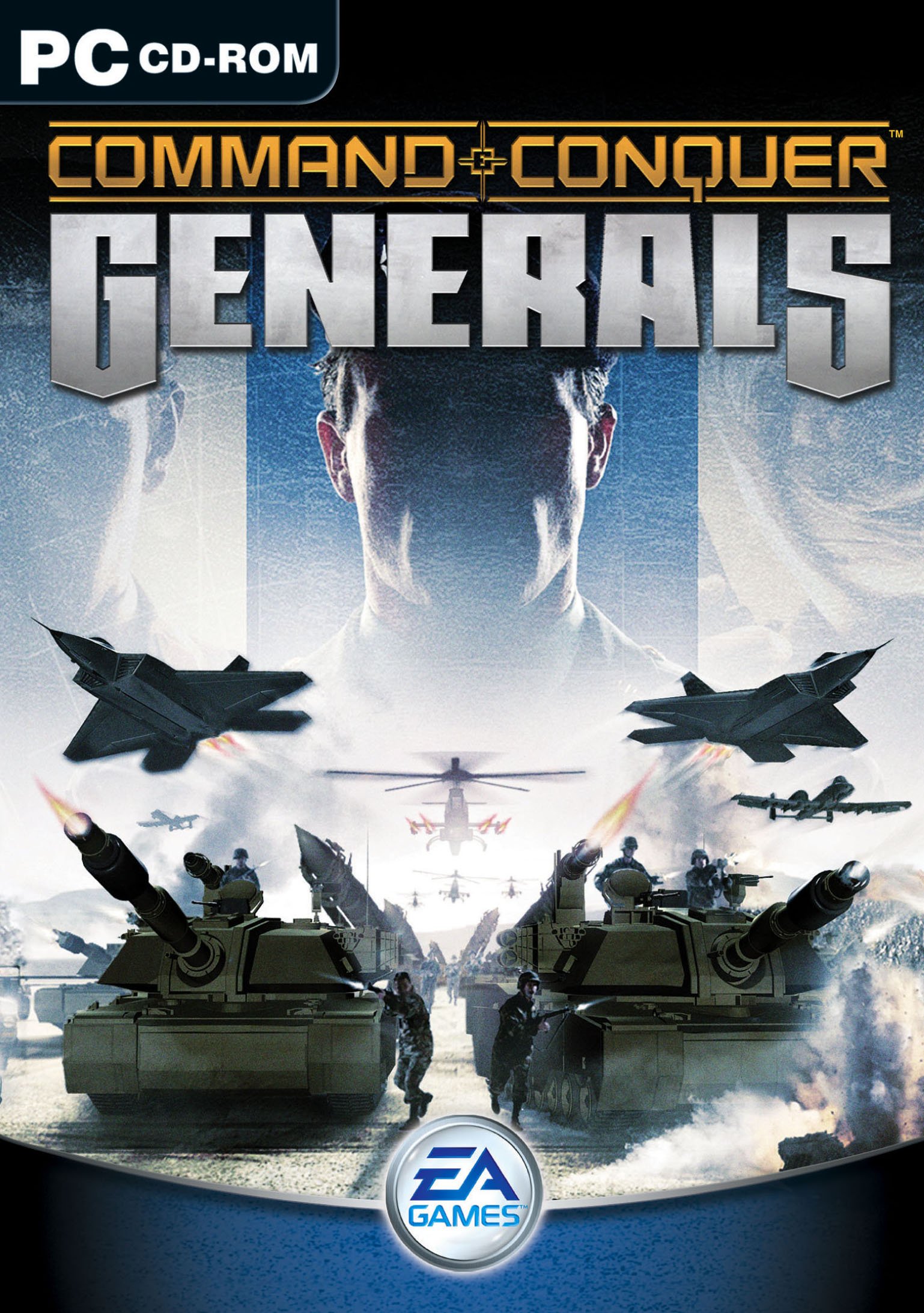