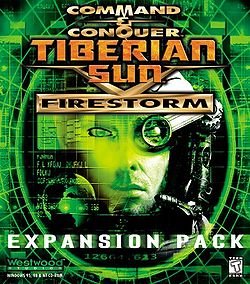 In Tiberian Sun Firestorm, GDI has won the Second Tiberium war and the notorious Nod leader Kane has been defeated. Following this NOD defeat and loss of strong leadership the Brotherhood has fragmented leaving Slavik to try and keep everything together.

Meanwhile, GDI are frantically trying to unlock the secrets of the Tacitus to prevent the continued spread of Tiberium, now conclusively proved to be changing the whole ecosystem. While that’s going on, a concurrent Nod story has Slavik desperately trying to get order back. He decides to bring CABAL back online, and when he does, CABAL convinces him it would be a good idea to resume the Tiberium revolution.

Of course, GDI believes they must stop this, and they talk to CABAL themselves, hoping the computer can help them get information from the Tacitus.