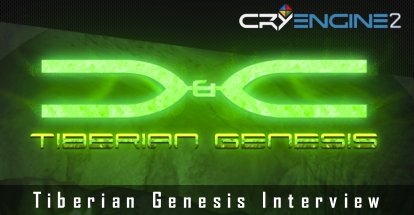 We talk to the development team of the Tiberian Genesis mod, a Tiberian Sun total conversion mod for the CryEngine 2.

For this article, we’ve interviewed three members of the Tiberian Genesis Team

How did you guys get started?

Genesis2001: I’ve done PR work for CnCFPS about a years ago and I recently joined.

Incognito: Joined the team some 6 months ago as a modeler – posted a project I’ve been working on: the Hover MLRS, and they were quite impressed I guess and they asked me to join.

So why the CryEngine? And not any other engine like let’s say the Unreal Engine?

Genesis2001: Unreal Engine is great. But we chose the CryEngine because it’s less cartoony and has amazing modding capability. With the new CE3 SDK released, we plan on eventually heading that route. However, because it is a lot of work, and we want to get something out to our fans, we’re going to stick with CryEngine2 as a mod for Crysis Wars for the time being. We’ll follow in Renegade-X’s footsteps and stay a mod, build up our amazing content, then port to the newer, better licensed engine. 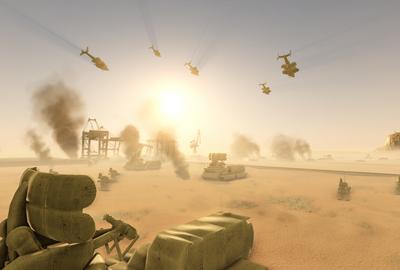 Why Tiberian Sun as a mod-topic?

Genesis2001: There aren’t a lot of Tiberian Sun mods/games out there. Tiberian Sun represents the better games of the C&C series.

Jack: Big fans of the game.

Familiar with C&C Reborn? Have you guys planned anything together?

Jack: We’ve talked to them before. We’ve shown them how a model of theirs would look like in CryEngine2 and they were disappointed. I guess they realized that they would have to invest a lot of work in re-doing everything

How much attention has the Crysis community paid to your mod?

Genesis2001: Our primary focus was on the C&C community.

Jack: Not much yet, because our PR section simply failed to look into Crymod. but this will change now, the team is in a complete restructuring process at the moment.

Tell me about recent developments of the project. What’s new?

Genesis2001: The gameplan right now is to pump out an alpha. Progress is just slow on the mod right now without much help.

Jack: the most stuff was only done code and script wise, fully dynamic Tiberium system for example. Feels like it’s an own life form, spreading over the whole island

Are we going to see CABAL?

Jack: In the current design plans he is not included, to say it like that. first we need all of the other models. I’m trying to force the members to finish Techlevel 1. But we would definitely add this, if the community wants them.

So what is done already? in terms of infantry/vehicles?

Jack: Only the Tiberium and some vegetation is really “finished”, Infantry had a really nice beginning and then the modeller lost all of his work due to a HDD crash. We still have a very early version though, But there isn’t a character artist at the moment.

Is it hard to find people for the mod?

Genesis2001: We’re looking for 3d Modellers/Animators, Programmers (C++ and LUA), Texture Artists, Testers. There isn’t much of a need for an extensive amount of testers right now, but we’ll announce something when we need a good majority of testers.

Incognito: The team had its ups and downs. Be it real life or lack of motivation… I’m sure you hear that one all the time, right? These past few days we got a few mails concerning recruitment, if all goes well, we’ll be great.

What are we going to see in TG in terms of gameplay?

Incognito: We’re aiming to bring a visually beautiful, immersive, authentic remake of the old Tiberian Sun. It will contain both elements from the old RTS and the newer Renegade game – you will be able to play the soldier, buy your own armour and create squads to outmanoeuvre (and outgun) the enemy, as well as the Commander who will be responsible for building and fortifying the base, make sure the economics are right and keep an overview of the battlefield to support your “troops”. Pure RTS mod in view as well. 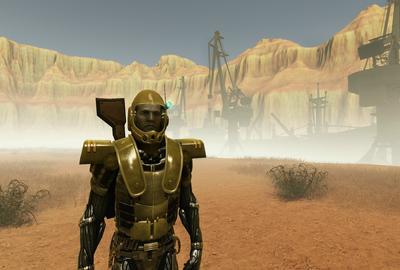 Will we be seeing any singleplayer?

Jack: If we get someone who will write a story for us, why not.

Have you ever heard of the short-story The Scorpion’s Tale by Kirby? It’s a story from the point of view of a Nod soldier. It follows him from when he started as a civilian to when he got recruited, until his death ..it goes on after his death, he actually becomes a cyborg commando. Let me read a piece:

He looked down, and saw he had absorbed much of the glass that had flown toward him. He was bleeding heavily, but looked to the sky to determine how successful they had been in deterring the Orcas.

Slowly his broken body fell through space, and through it all he finally knew peace as the day’s last rays warmed his face. He would never feel the impact as he hit the temple floor. His broken body would die just before, but he had time for one last thought:
He thought of his father, and that oh so long ago trip they had taken together. He saw the warmth in his face, and love in his eyes in a similar sunset from that day. He was going home to see dad, and he was happier than he had been for a long time…………..

A flash of light, and a vision unintelligible, and un-rememberable.
Sound. A deep voice.

Silence again.
A scene appears. A white room, abandoned except for a lone scientist hunched over a desk of components, and a touch-screen PC. The picture is tinted blue, and a HUD readout is in the bottom right of the field of vision. It simply states: “Operational status: 30 %”.

Where is this? When is this? A sense of uncertainty prompts an automatic diagnostic. The results display “Operational status: 30 %”
The scientist raises his head, and notes his presence. He walks slowly over, and stands directly in the field of view. He then says simply:

“Soon. Be patient young one.”
He then walks to the PC, and taps the screen.

A different mechanical voice sounds. It comes from him.
CYBORG COMMANDO ONLINE……..

I’m skipping parts, there’s more of course. But you get the point. What do you think?

Jack: Wow, sounds decent. hmm, with CE2 it would definitely be possible to create something like that. With some luck, showing this to the other developers, might change our development plans.

Incognito: This alone is great and immersive. Yeah, I’d love to read the whole part.

For more about Tiberian Genesis, you can visit their ModDB profile, Facebook page or visit them on IRC (irc.gamesurge.net #tiberian-genesis)