Back to Gallery Index

Sony party with CNCSaga.com and David Erhard. Pretty sure the blurred guy is Nyerguds

Victory Games’ approach for the next C&C’s development

Some of the feedback from alpha players that’s been addressed

Feedback from the fans & players that will be implemented

Roadmap/Timetable for the next few monthly updates

Alex06, posing with the tank at the C&C booth’s entrance

Life-size statue of a Fallen Captain from Bungie’s Destiny

Eomer from CNCSaga.com, cosplaying as an EU General

Side of the Cologne Convention Center 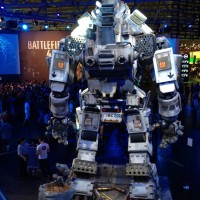 Titanfall mech viewed from the back

The Audi they had on display for Forza 5’s booth

Alex06 holding an Xbox One Controller

Teemo being OP while defending a blue turret

Taking a picture with the World of Tanks booth babes

C&C Swag Alex06 received during gamescom, notably paper wallets, a USB drive with hi-res public assets on it and a VIP pass and lanyard. The iron-on logos are from CNCSaga.com and all members with 100 posts and up on their forums can receive these.

Boat cruise across the Rhine River

CnC-Inside team on the Boat cruise, overlooking the cathedral

CnC-Inside’s and United-Forum.de’s delegation – Freezy in the blue shirt, Mooff with the sunglasses and long hair, Kasian in the white shirt, moby3012 in the black shirt with white stripes, stefros/stefros1983 being partially hidden by Mooff, apothekenbier behind stefros, giving a thumbs up, rotor at the end of the table and sharkofmetal, who’s just in front of the camera.

Sybert and his setup for recording both audio and video

Realistic next-gen water graphics. Still not included in the game just yet

More socialising into the night

From left to right: NodSoldierGirl, her mother, AnNo1935 & Tony

Vivo from GameReplays looking fancy with his glass of wine

Back to Gallery Index