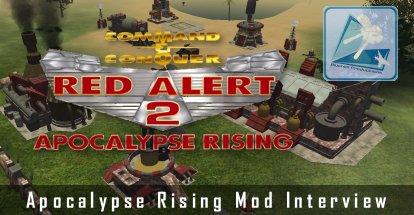 “Previous attempts at making a FPS (First Person Shooter) mod of Red Alert 2 have been made by others.”

Can you tell us about yourself?

Hello, I’m One Winged Angel and I live in the UK. I’m one of the main founders of Apocalypse rising.

It all started back in 2006. Being big fans of the C&C series, we noticed that Red Alert 1 and Tiberian Sun both had FPS conversions to their names; but a Red Alert 2 – based FPS was absent. Red Alert 2 was our favourite game in the series, so we decided to plan out and start a project to fill this gap. We initially planned to make a mod with heavy Red Alert 2 singleplayer campaign elements. We decided to rethink our strategy a bit, so Apocalypse Rising was born.

Can you tell us about your team?

“Me and cfehunter initially started the project, but now we have a strong team that consists of talented artists: Ric, Guy with a wrench, rm5248 and Poggel; coders: danpaul88, Tankmaster and jacks of all trades such as dtrngd.

Has a Renegade mod of Red Alert 2 been done before?

Yes. Further research into the Renegade modding community revealed that there had been a couple of previous attempts at producing an RA2 – based FPS; ‘Red Alert 2: Vengeance’, ‘Red Alert 2: Chronowar’, ‘Renegade Revived’ and a mod for Battlefield 2 called ‘Verge of Armageddon’. We contacted the respective leaders of these dead projects which culminated in a large collection of art assets being formed; most of which being donated from ‘Verge of Armageddon. 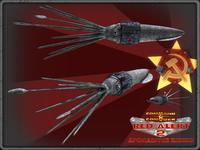 What are you guys working on right now for AR?

Next on the to-do list is to get all of the art assets finished up and implemented so that we can get our first release out to the public! We’ve mainly got infantry and weapons to finish up as well as textures for various things. Currently, we’re just putting the finishing touches on the code and rigging for the Terror Drone. The player will need to access a special terminal in the Soviet War Factory or Soviet Radar. It’s going to function pretty much exactly like it did in Red Alert 2.

Do you consider yourself a RA2 fan or more a Renegade fan?

Personally I consider myself more of a Red Alert 2 fan than a Renegade fan. But playing with the Renegade level editor and making Apocalypse Rising has made me appreciate Renegade for what it is; an interesting take on the C&C universe that never really died, contrary to the bad reception that the game received when it launched. 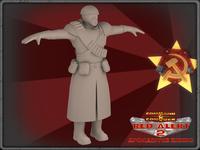 Mods like Renegade X and Tiberian Genesis moved away from the Renegade engine. So why did you decide to stick with C&C Renegade?

There are a number of reasons as to why we are sticking with Renegade’s w3d engine. First off, a lot of our fanbase don’t have computers which can run the newer engines. This leads onto the second point, which is the fact that although our engine of choice may be old, it is still very much alive thanks to the likes of the team over at Tiberian Technologies.

Another reason why we have chosen to stick with the Renegade Engine is the amount of leeway that EA have given us with it. We are able to release our game as a completely standalone project without having the players require the original C&C Renegade to play. The final reason why we haven’t really looked at an engine move is because a lot of our staff members would have to relearn skills to develop content for the new engine.

Any thoughts on how Renegade is doing right now and how Xwis is managing Renegade?

Personally, I haven’t played Renegade in a while, but it seems like Olaf and the guys over at XWIS are still doing a good job of managing the server listings. Once TT’s Scripts 4.0 is released, I can see the Renegade community getting a bit of a boost. I’m anxiously waiting for Renegade X to come out on UDK so I can relive Renegade properly. 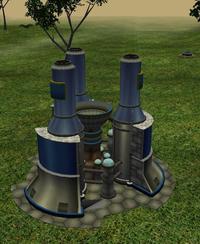 How close is the Bluehell Productions team connected to the Renegade community and other mods?

Bluehell Productions as a development group isn’t really as close to the rest of the Renegade community as you may first think. But I think is proof that Apocalypse Rising and A Path Beyond have outgrown Renegade.

We sometimes share a volatile relationship with C&C Reborn that has helped both projects grow exponentially.

We don’t have too much to do with C&C Roleplay 2 to be honest. But seeing how they have recently become a standalone game, I can see connections beginning to open up. I really like what those guys are doing with the game engine. It’s so different to anything anyone else is doing. I keep track of the Battle For Dune mod; but I haven’t seen much from them lately

You can follow the latest updates of Apocalypse Rising here. Be sure to check out more screenshots and videos on Facebook and their Mod DB page